For over 50 years, we have produced actors, directors, theatre practitioners and technicians for the international stage, TV, film and radio.

Based in Loughton on the edge of east London and founded by Margaret Bury, East 15 grew from the work of Joan Littlewood’s famed Theatre Workshop, which broke new ground, re-interpreting the classics for a modern age, commissioning new plays from socially committed writers, and creating an ensemble capable of inventing new work.

It evolved into an outstanding ensemble that combined inspired, improvisational brilliance with method, technique, research, text analysis and the intense expression of truthful emotion. Much of the original approach was based on the theories of Stanislavski and over the years new training methods at East 15 have now embraced approaches from diverse practitioners such Michael Chekhov, Rudolf Laban, Jerzy Grotowski, Jacques Lecoq, Peter Brook and other important contemporary trainers.

In 2000, East 15 merged with the University of Essex, a leading UK research-intensive university, opening an exciting new chapter in the history of both institutions and offering more opportunities to students.

Since 2007, under the directorship of Leon Rubin, more than £16 million have been spent on new buildings and facilities at our Loughton and Southend Campuses, including the Clifftown Theatre and Studios, once a Victorian gothic church in Southend which now enjoys a new lease of life, converted into studios, workshops and a state-of-the-art theatre and performance space. Several new programmes have also been developed to take the school into a new era of international and culturally diverse stage and screen performance territories.

East 15 is one of a leading group of UK conservatoires and is a member of the Federation of Drama Schools. We are now one of the largest specialist theatre schools in the UK, with a distinguished international teaching staff and over 850 students.

As a graduate of East 15 Acting School and the University of Essex you're in great company. Find out about our notable alumni and their career paths since they graduated from East 15.

Undergraduate courses
Our undergraduate courses provide rigorous training for those seeking a career in stage, TV, film and radio. As well as practical courses in acting, performance skills and approaches, we also offer behind-the-scenes stage and production skills training.

Masters courses
Our masters courses are aimed at graduates or those with relevant work experience who are interested in a career in acting for stage, TV, film, radio or as a theatre director. 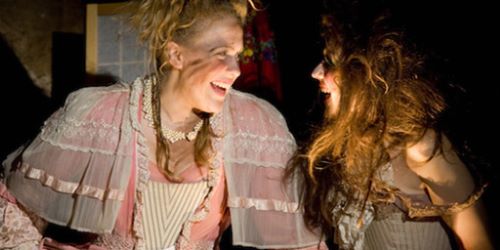 About East 15
At East 15 we equip the theatre professionals of the future by providing training and industry-enriched experiences that deliver outstanding outcomes for our students.